Leading with resilience and strength, Citiesense is now Ginkgo.

— WHAT I WORKED ON FOR GINKGO

The end-to-end solution for resilient city building. Structured as a data management and mapping cloud platform, Ginkgo shows what's really going on in our streets and neighborhoods. Your eyes on the ground and up above.

As a revolutionary platform dedicated to returning power to the people on a local level, Ginkgo was struggling to convey its forward-thinking methodology, find its foothold in the smart cities and neighborhood improvement sector, and inspire industry trust within a saturated and volatile startup SaaS world.

I was tasked to help Ginkgo strategically and visually communicate what they do, who they are for, and why they matter. Through the process of an in-depth branding workshop, we decided to move forward with a comprehensive rebrand of the name, strategy, values, messaging, look and feel, and reprioritization of its product development.

We all want our neighborhoods to be clean, safe and fun. Yet managing a neighborhood can be chaotic and complex – from analyzing and translating data between multiple systems to keeping tabs on tenants, property owners and community members.

Spending time on complex data, contact relations, and tedious mapping of your neighborhood is now a thing of the past. Ginkgo does it all for you in one cohesive system, so you can see and show what's really going on. Getting a clear picture of your neighborhood just got a whole lot easier.

I detailed my brand workshop process in a Medium blog post here. The snapshots above provide a quick behind the scenes preview into the discussions and working documents used during the weeklong workshop. 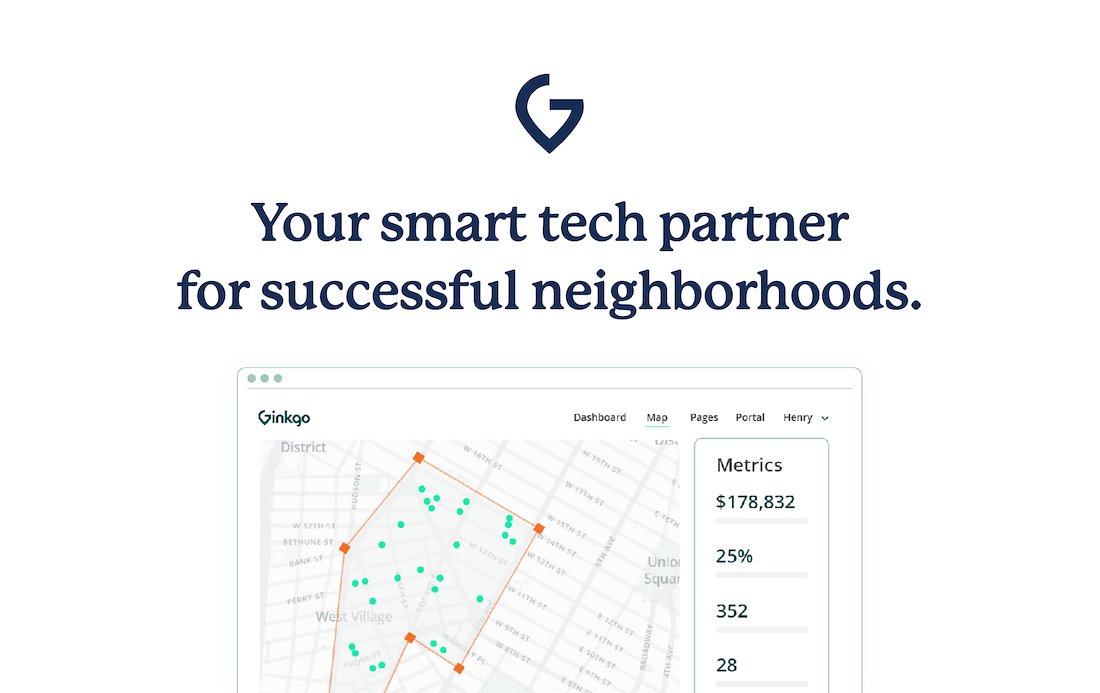 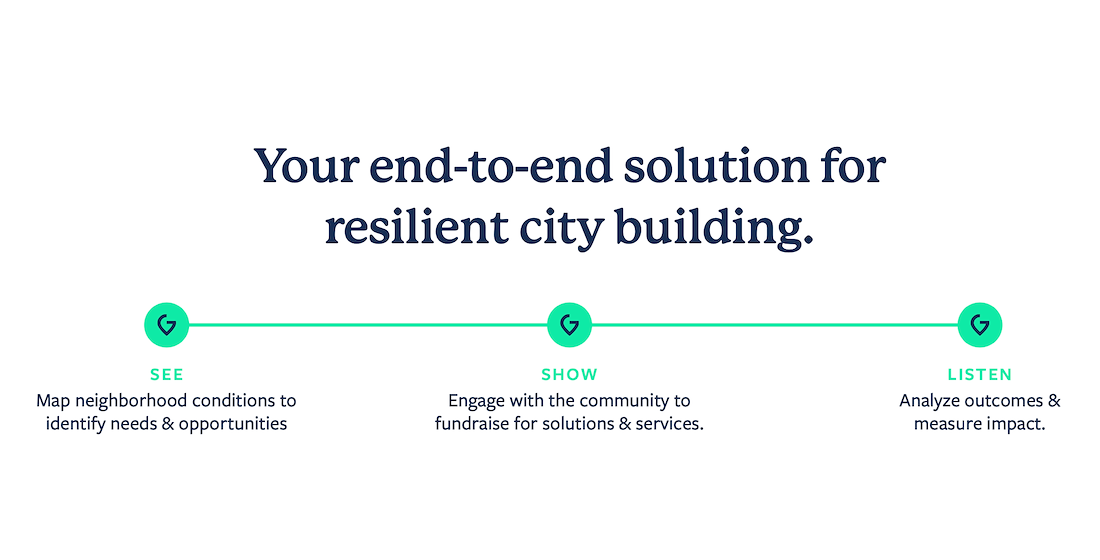 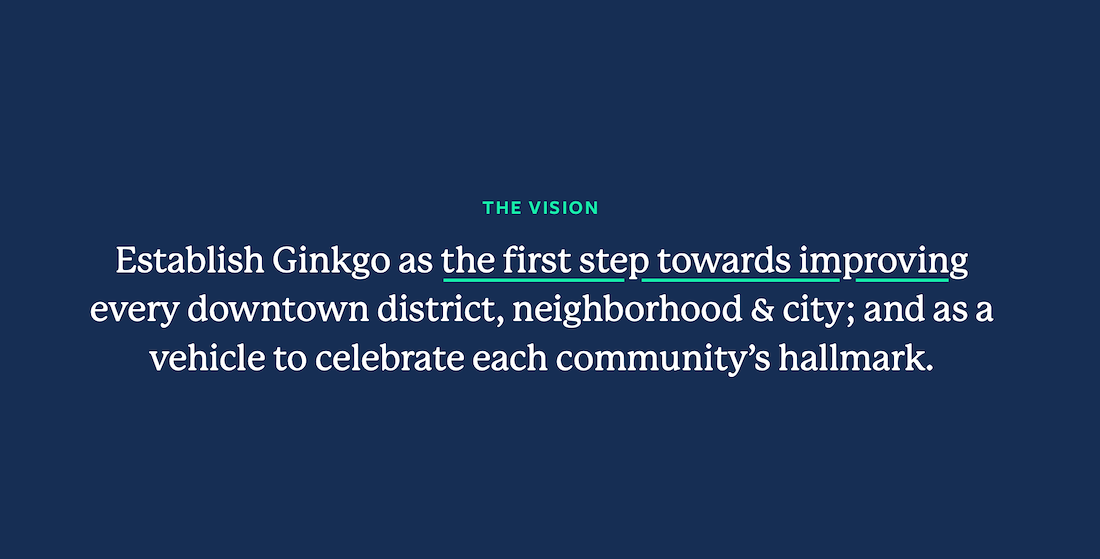 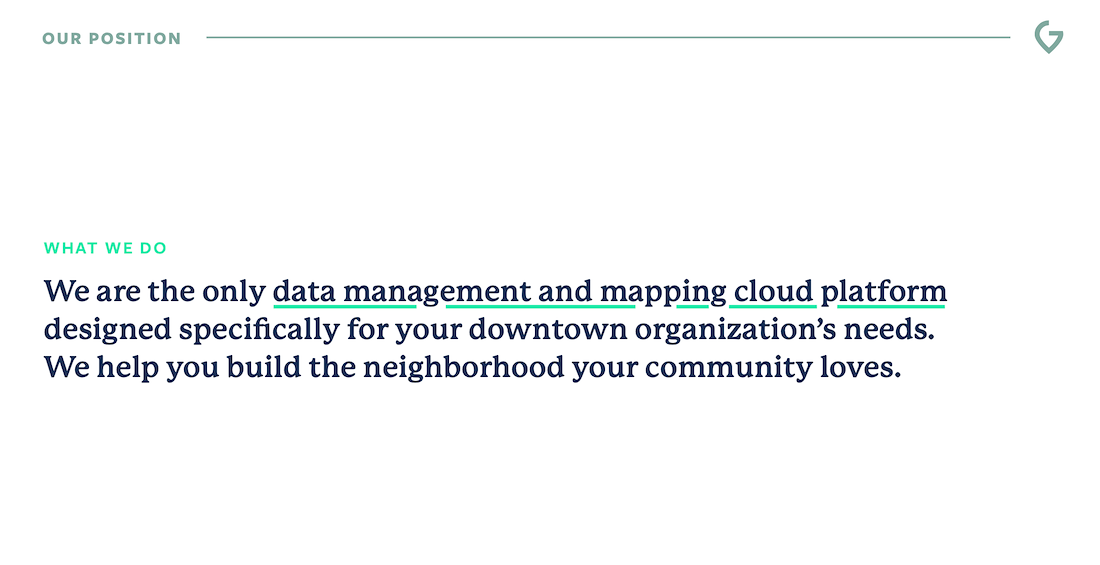 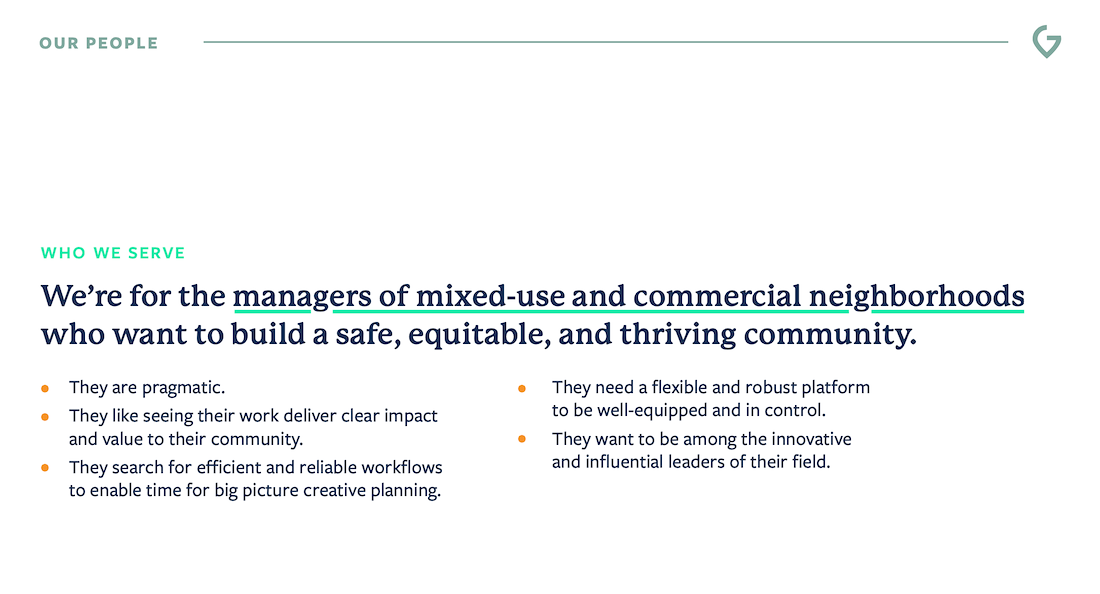 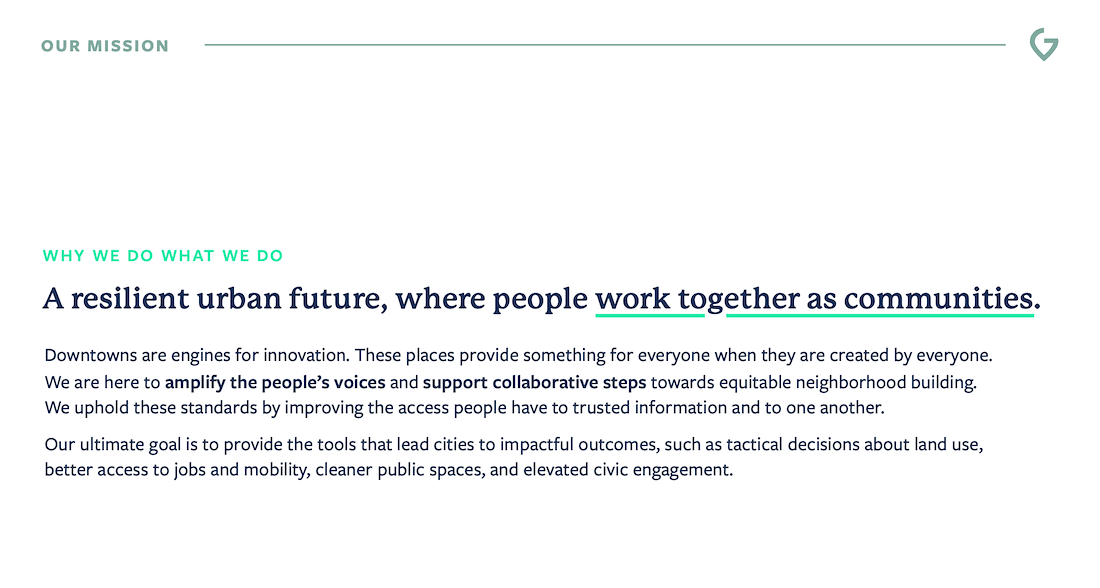 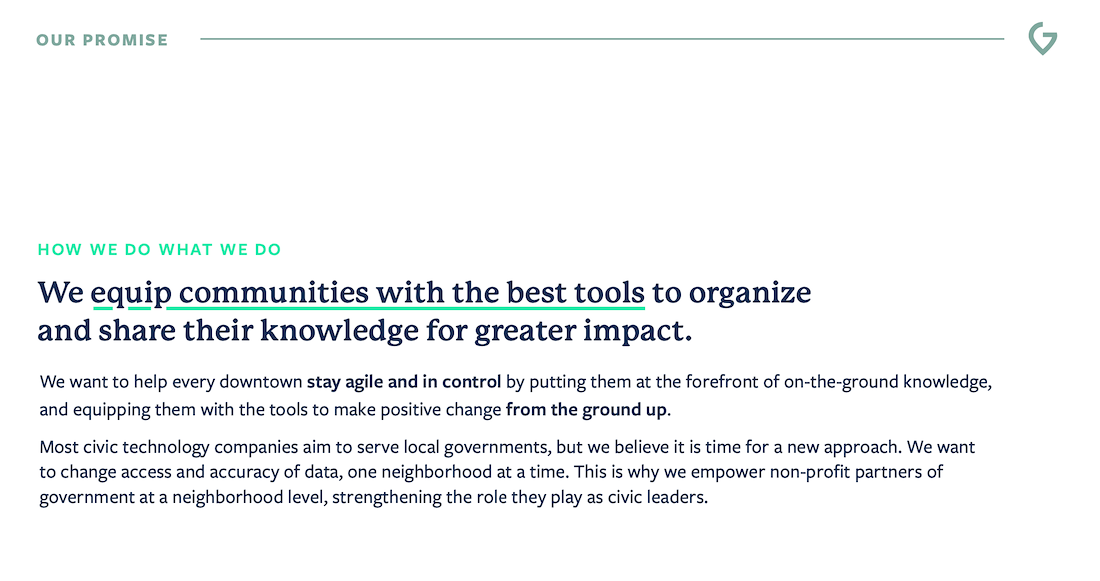 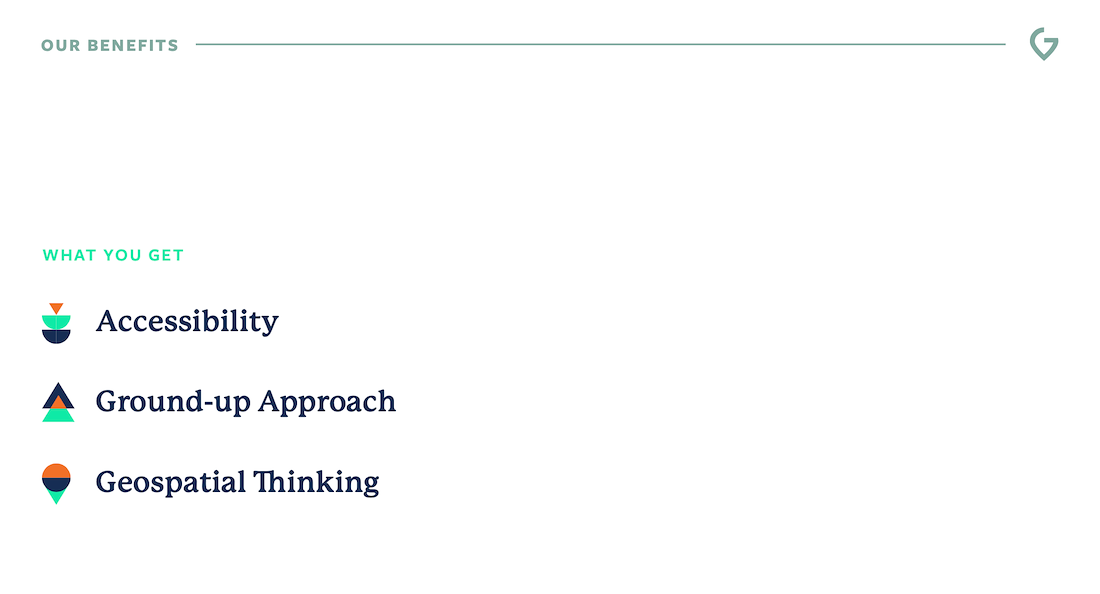 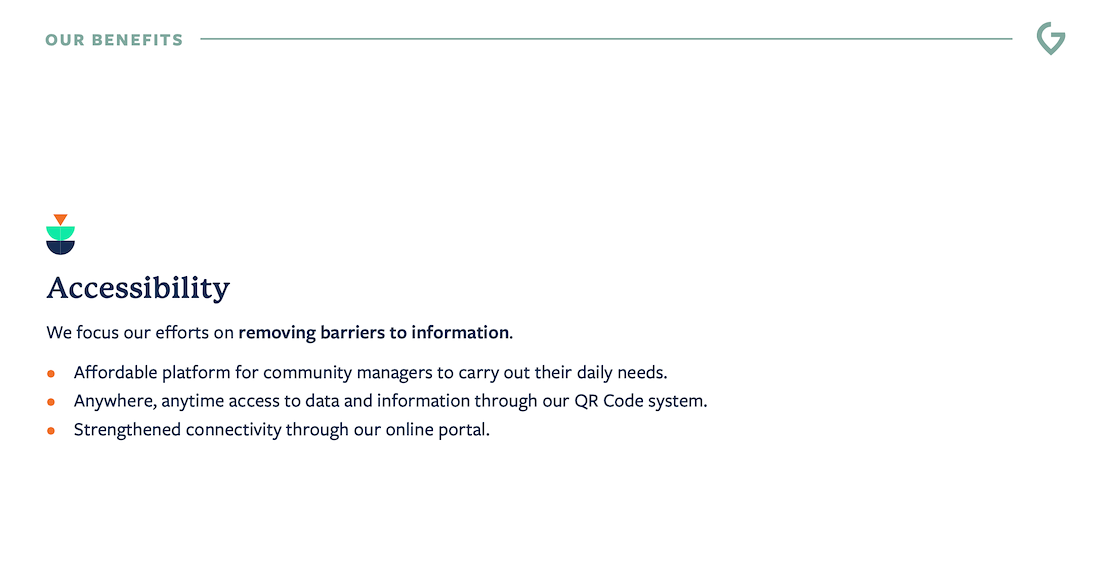 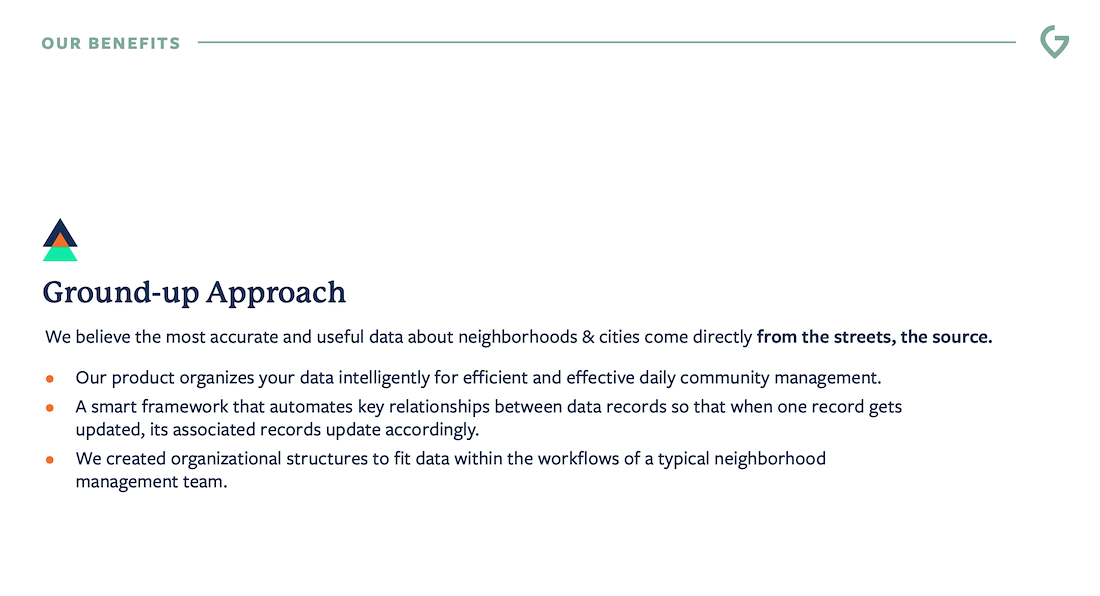 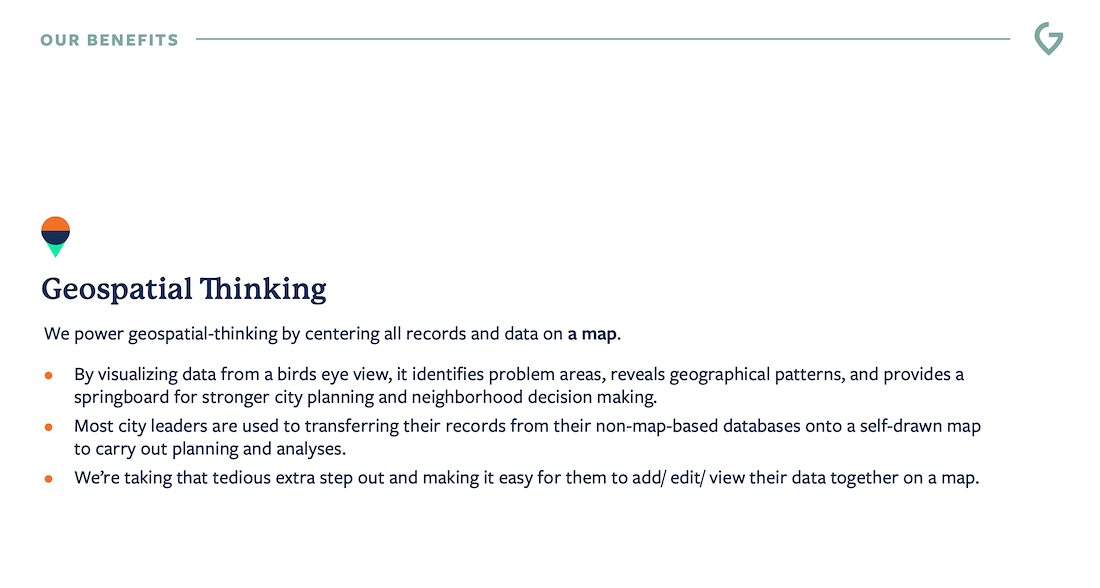 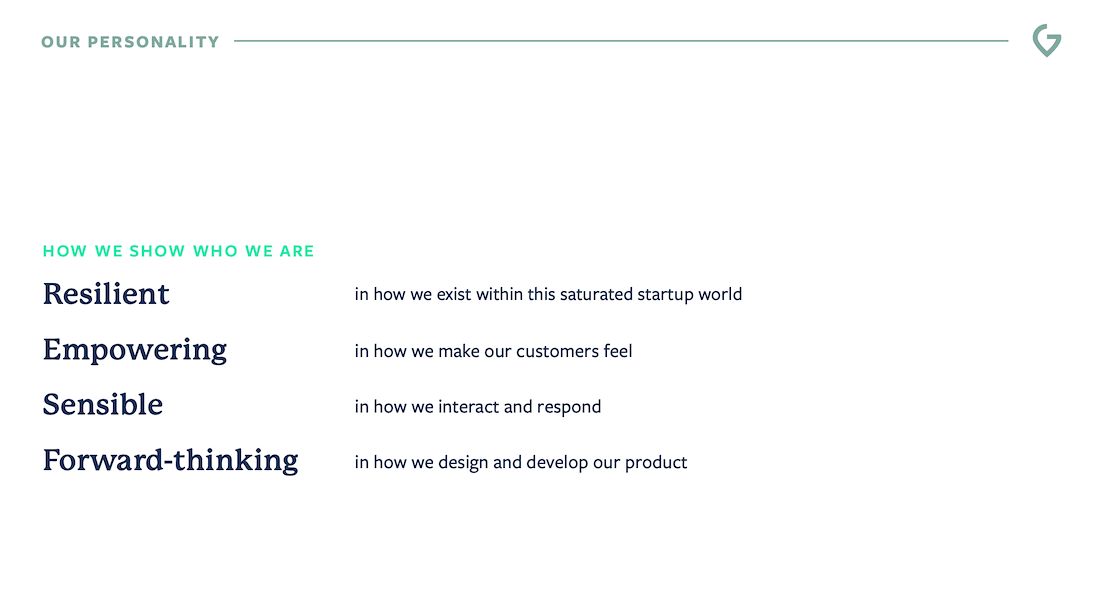 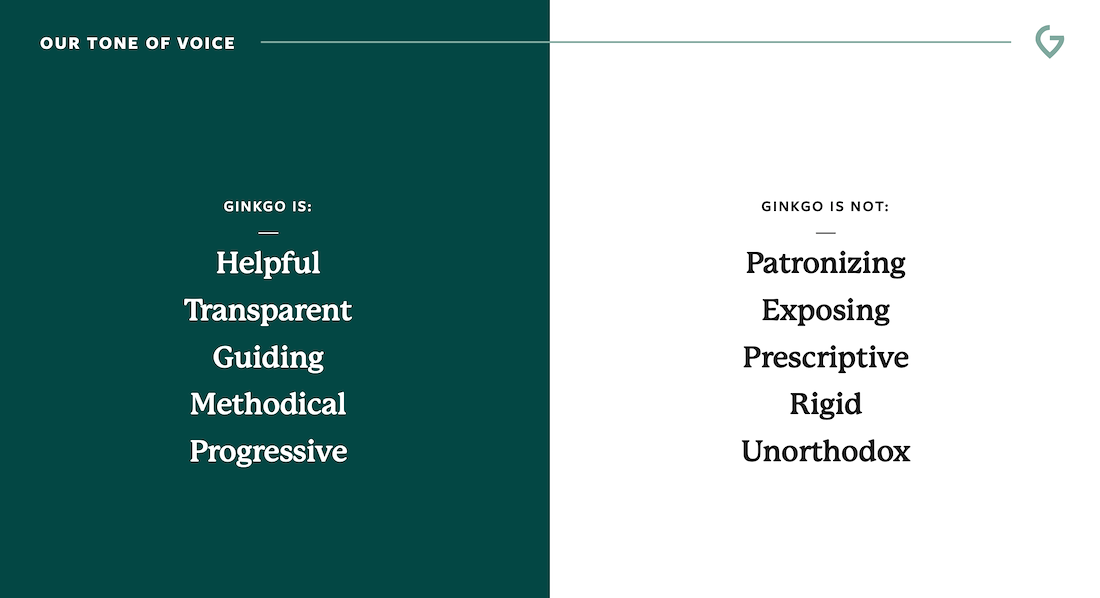 Ginkgo's new and improved brand values, personality and messaging were carefully curated and organized into an evergreen brand deck that served as their go-to for any decision or content making process.

The second portion of our brand deck covered the implementation of the new branding for strategic decision making tools. This slideshow shows pages of the deck that covers marketing plans and how to use the new brand values to create consistent on-brand materials.

The entire process of rebranding this company on my own was a huge undertaking for one person. Therefore, I designed process tracking systems for myself to manage my process from the brand research & conceptualization process, to the brand strategy phase, the messaging & copywriting phase, the logo design phase, the web design phase, the animations and brand design phase, the webflow development phase, and the client delivery phase. Because I had much success with using Notion to track my progress, I decided to use the same system to create a custom version for Ginkgo’s CEO. 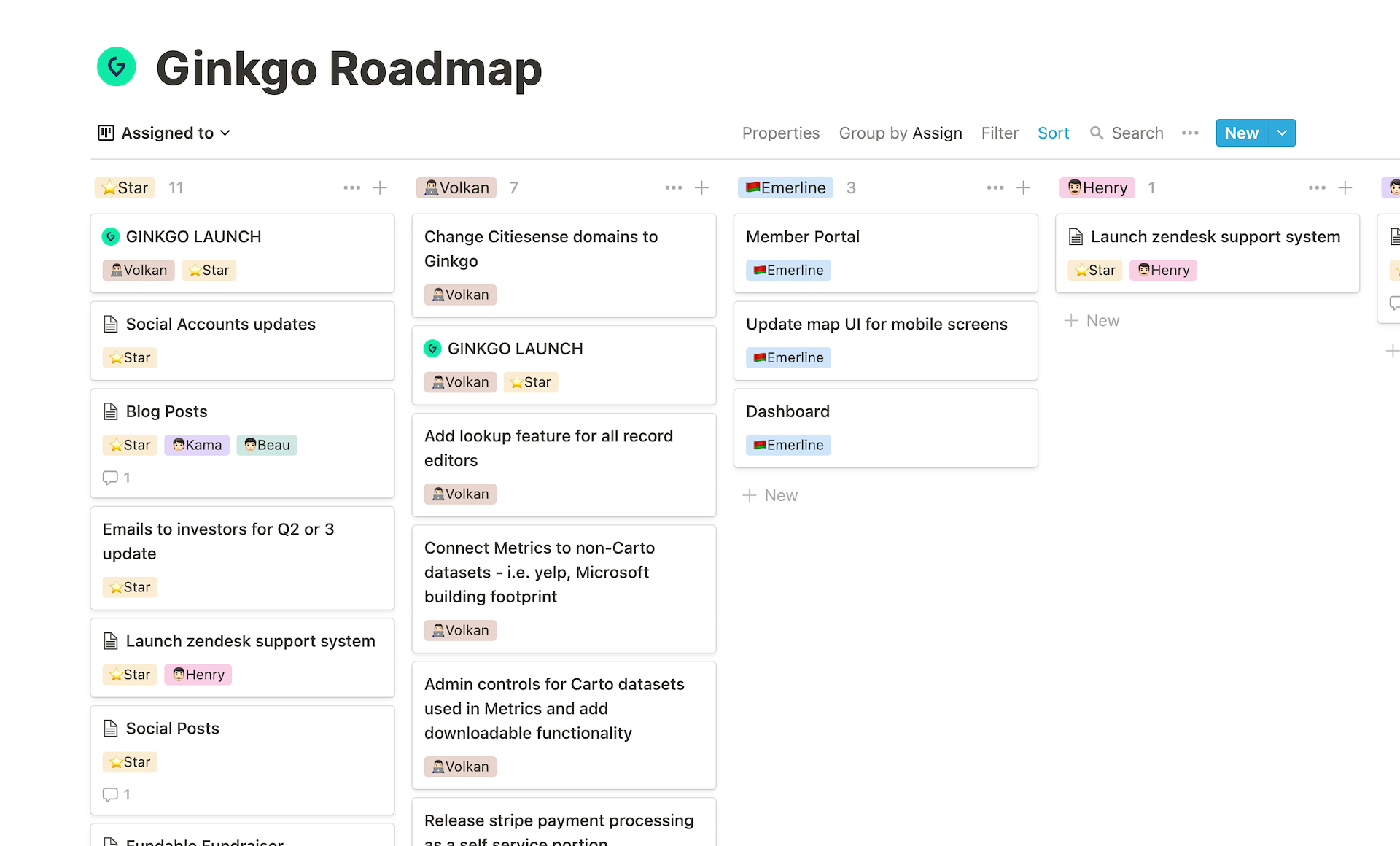 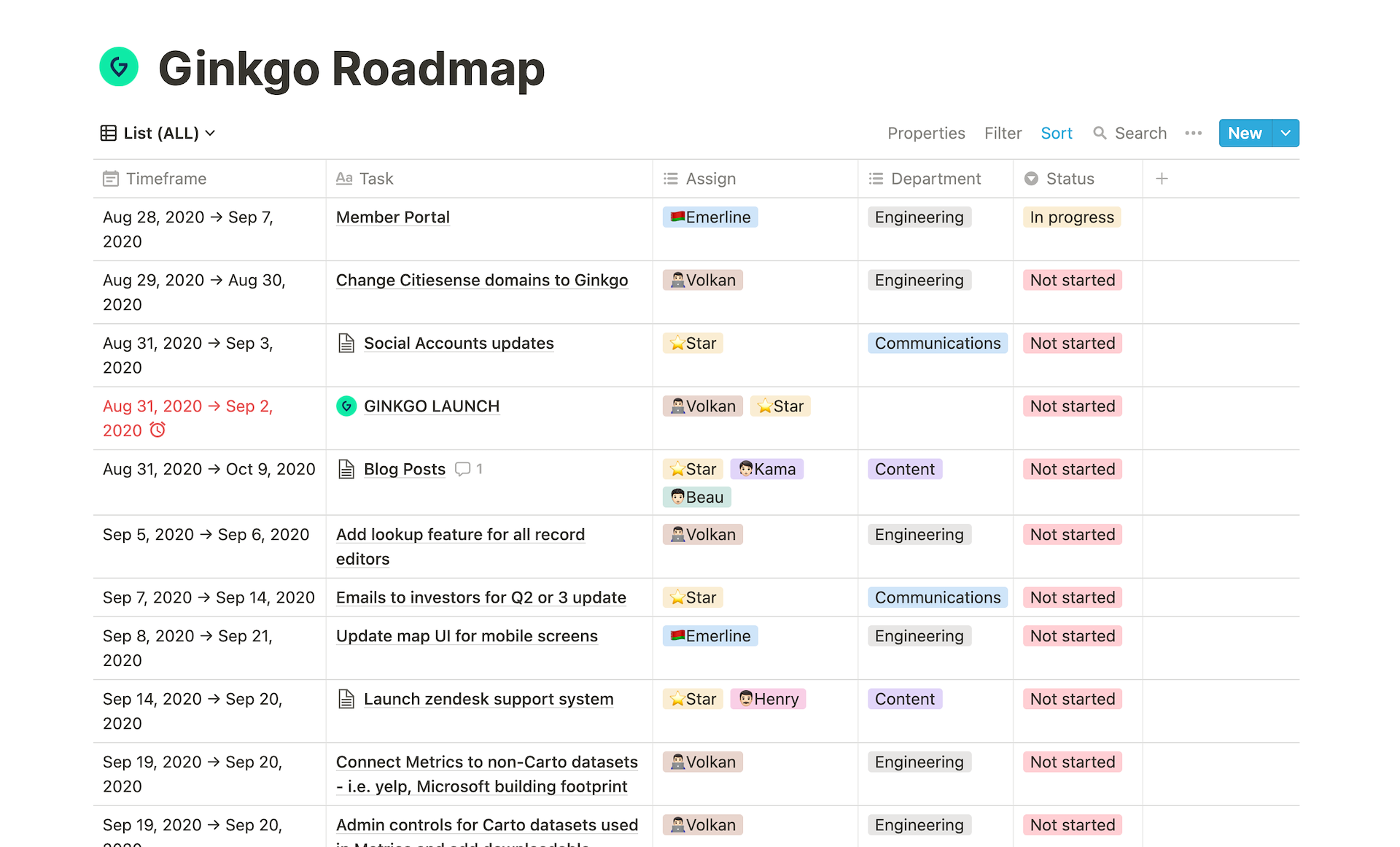 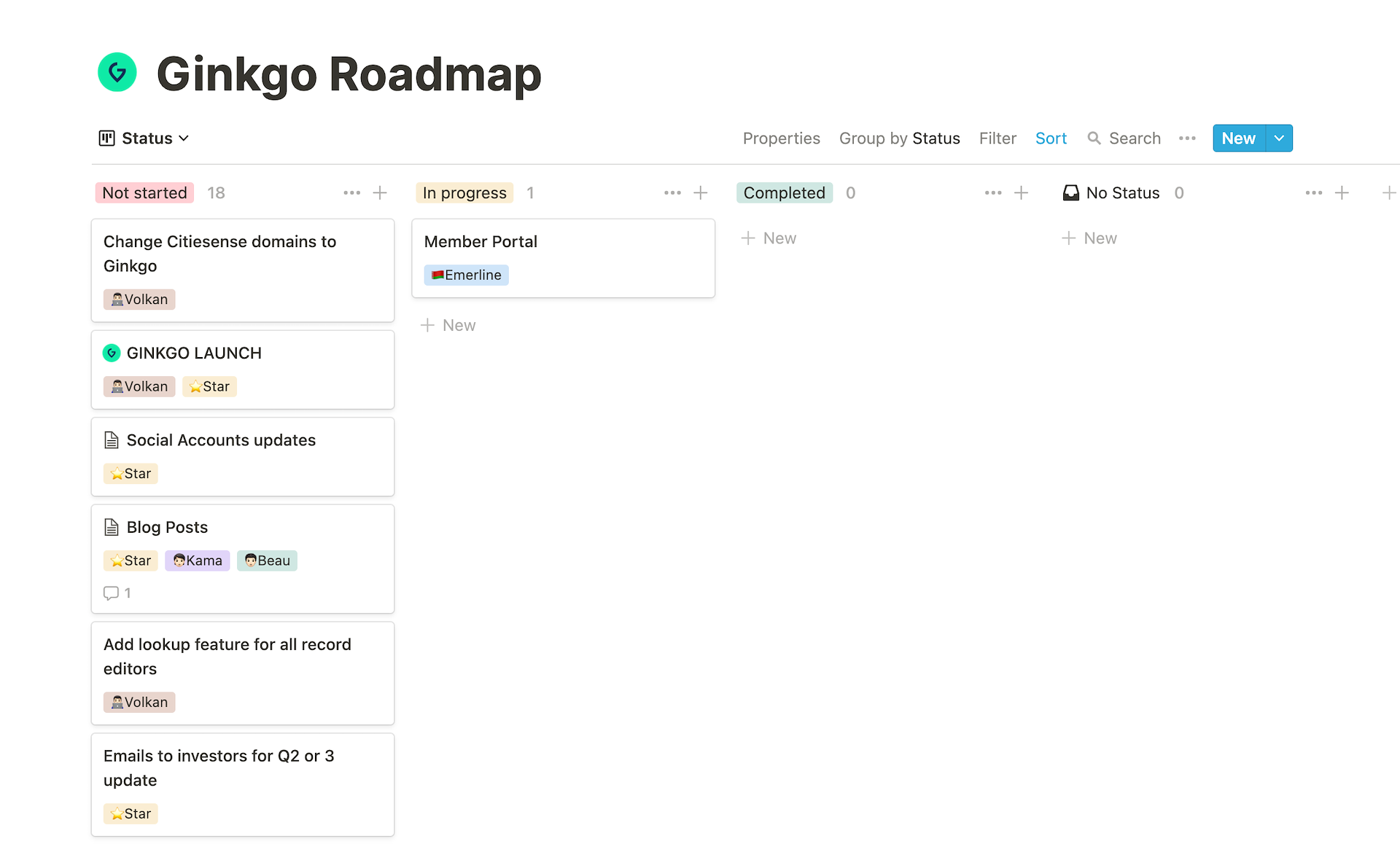 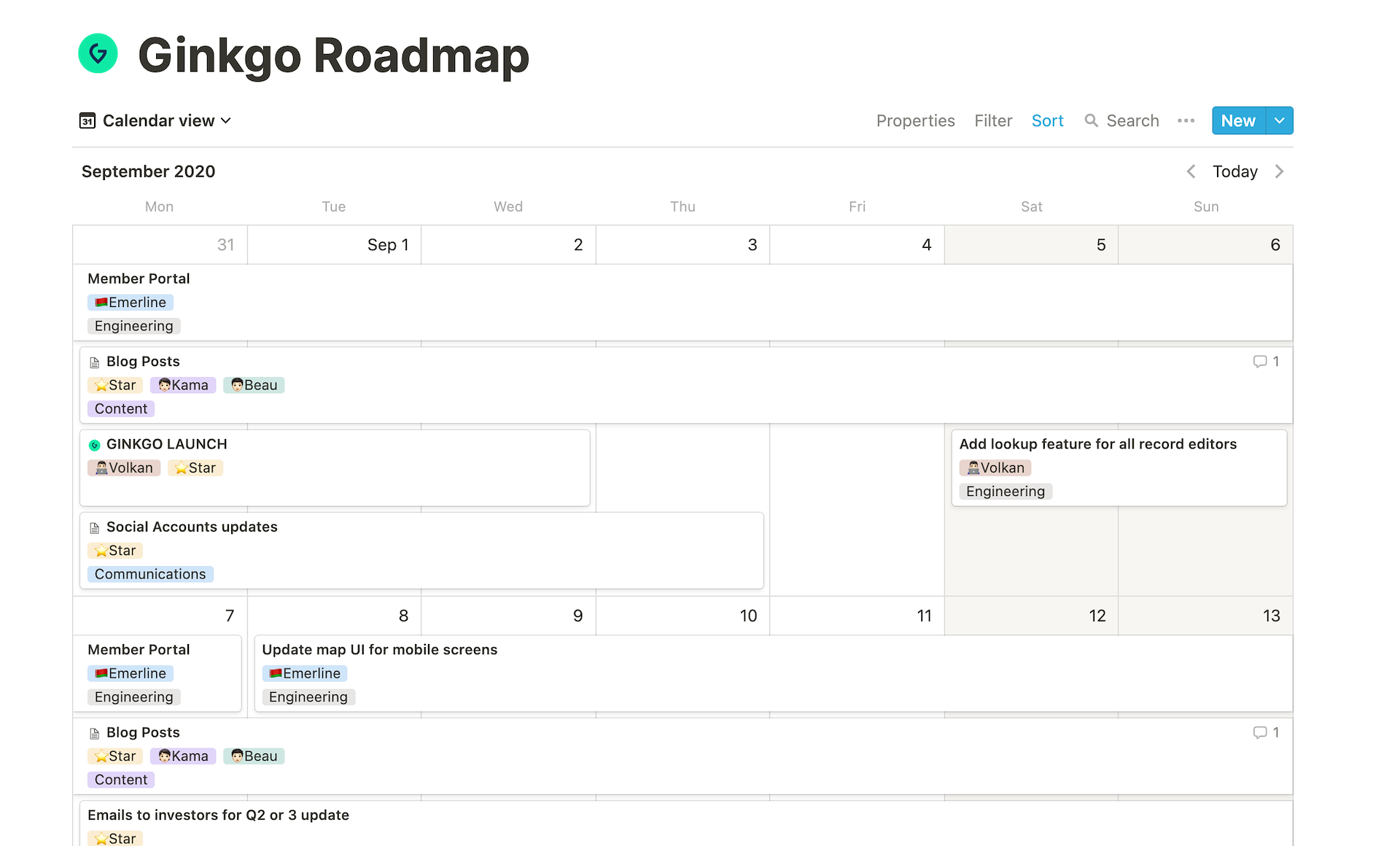 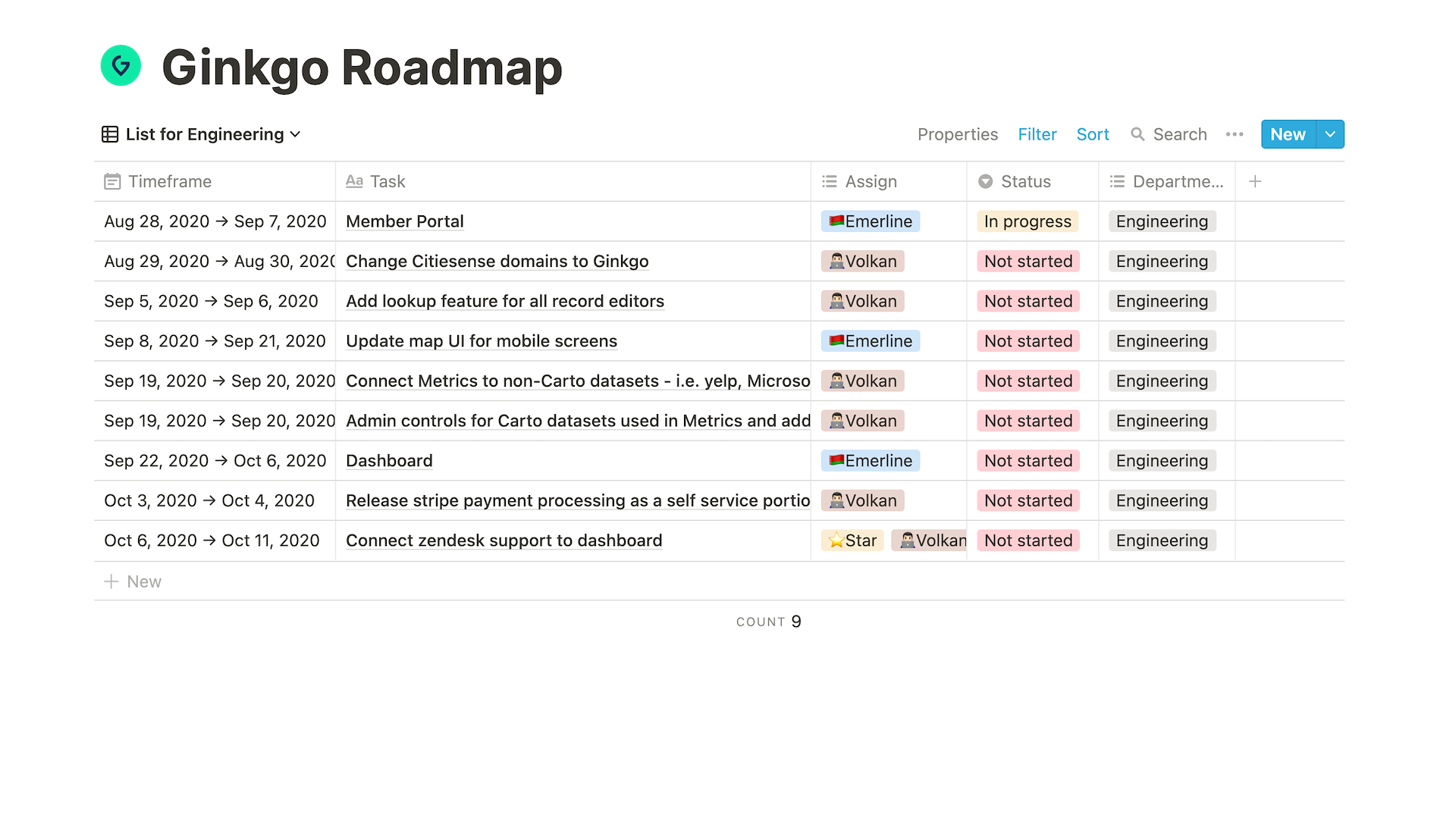 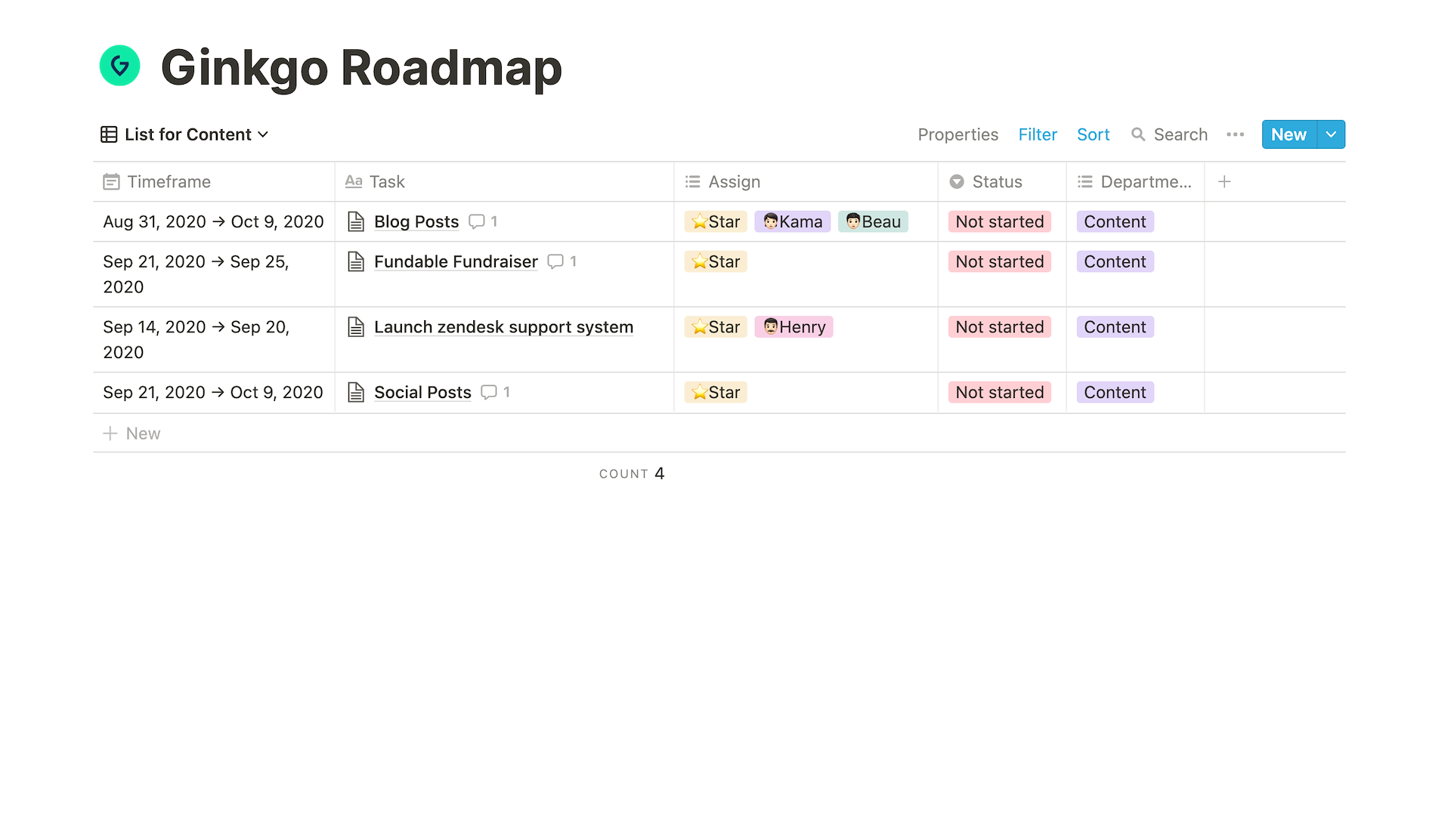 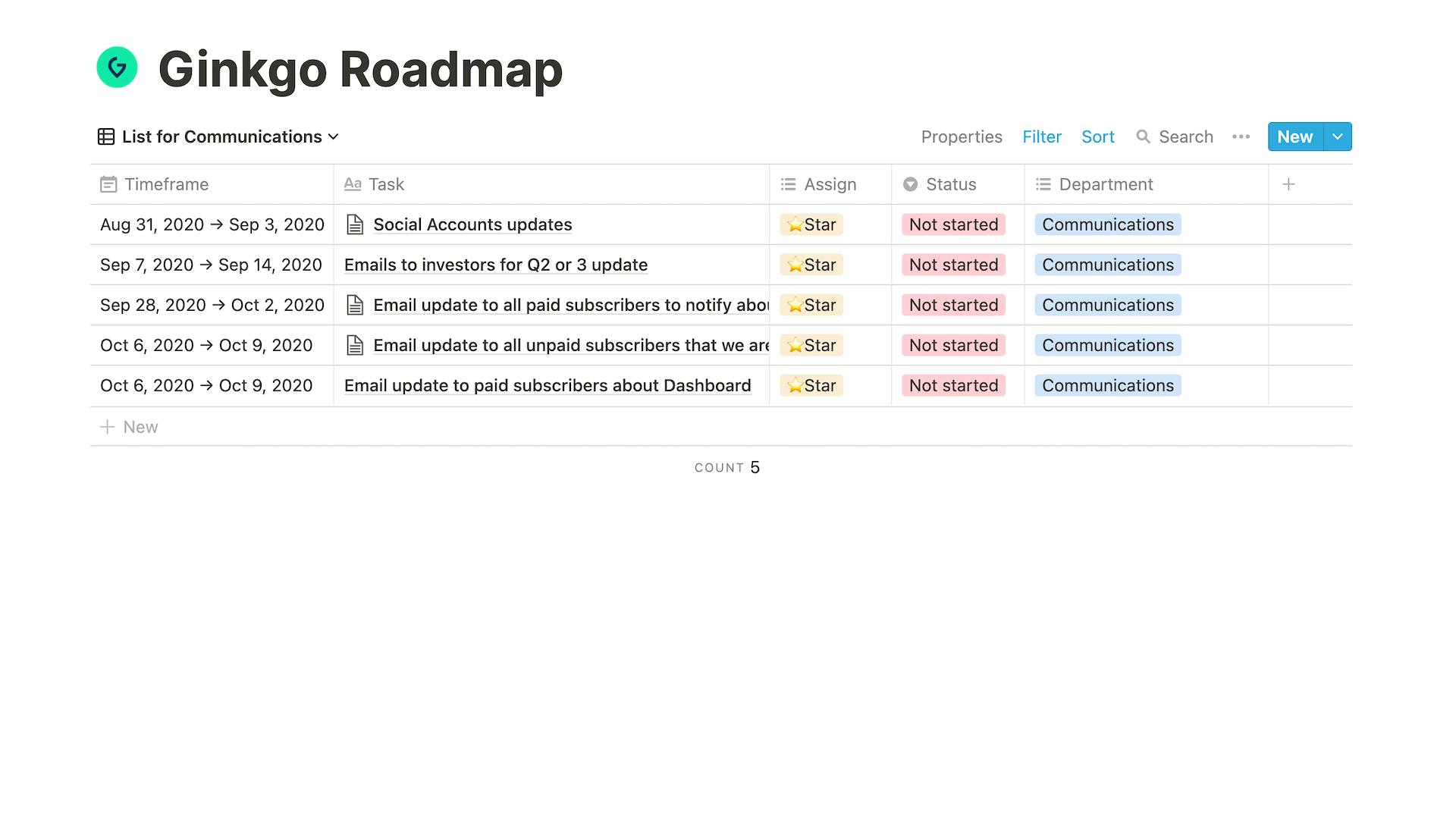 Ginkgo was created to serve as the foundational step towards building and improving any neighborhood and city.

The brand identity pulls directly from this concept to illustrate building blocks that make up more complex structures. Primary shapes were geometrically stacked to construct our logo.

Built into the shape of our logo mark is a map pin, a fitting representation for what Ginkgo does.

As an homage to city planners, orange was picked as the primary brand color to symbolize Ginkgo’s support for mixed-used communities.

We paired this primary brand color with a vibrant teal green accent, and deep navy and hunter green shades to ground the palette.

A modern serif to convey trust and steadfastness.

Responding to their customers’ need for trust in the start up world, we choose the serif P22 Mackinac Pro as it embodied friendly curves and richer line weights that revealed an approachable sincerity.

This was paired with Freight Sans Pro, a sturdy sans-serif typeface that reads easily small and in larger bodies of text.

Extending the visual system further, the three primary shapes that structured the logo was utilized to build out an extensive library of icons.

Ginkgo’s product touches on a wide variety of concepts and verticals, therefore a robust icon system can consistently and appropriately carry the brand identity through different touch-points.

I built out a curated library of animated UIs that would showcase some of Ginkgo's key product features and how it worked. This called for research and a deep understanding of how the product's informational architecture was structured and re-analyzing the best way to explain that unique feature to the customers in simple visual and copy language.

We carefully planned the flow of our landing page so it captures the attention and connects with a prospective customer arriving at our site. To enhance the user's understanding and experience of our product, we broke down how our product benefits a community manager vs a community member on the "Product" page.

We also broke our platform features up to fit into 3 distinctive workflows of a downtown organization to better explain the use cases of each feature: Real Estate workflows, Operations workflows and Community workflows.

A style guide was important to ensure developers could translate the designs created on Figma onto Webflow, as well as apply padding and font sizes to different breakpoints.